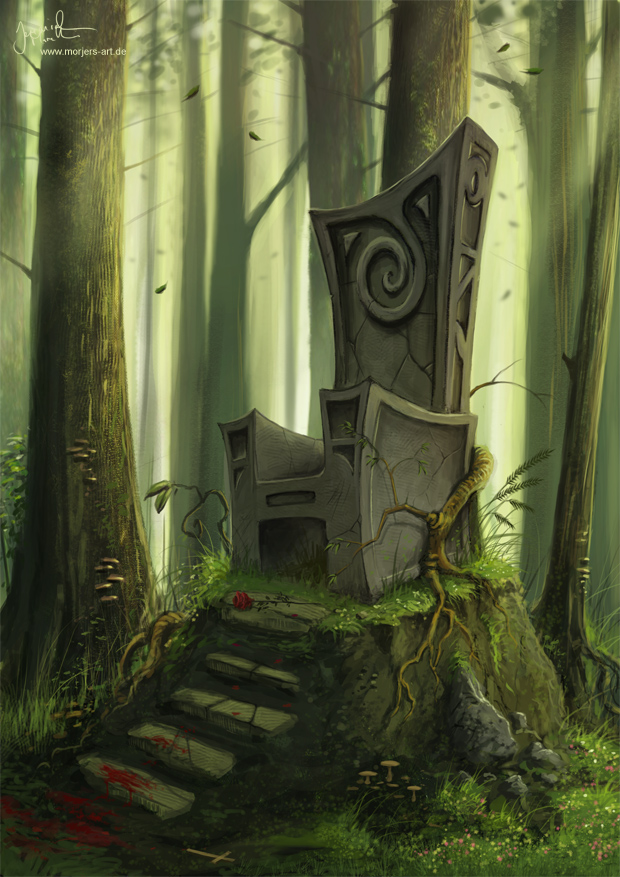 His body arched as he breathed his last breath. There expelled a moan so intense it pierced the air and mingled with the wind. The wind latched on and rolled like thunder over the landscape…wave upon wave, the sorrowful sound reverberated against the mountain tops.  The earth groaned. In the fields, ripen grain bent low and all plants dropped their fruits in sorrow. Bereavement became the babble sent down the brook into the valley.  All creatures of Penuel mourned; their hearts wounded for they knew the struggle had ended. They had lost…and the little grey lion was gone.

They wondered what would become of them. The grey lion held their hope, their destiny…their promise of a new beginning. Now nothing…nothing but greyness of mind and soul. A winter’s landscape filled with sunless sky and biting wind and echoes of loss and lost. Time moved slowly, a begrudging trudge. Every new day brought sameness – hunt, eat, sleep, wake…die.

and the legend begins….

Title: “in the woods”

3 thoughts on “The Legend of Penuel”