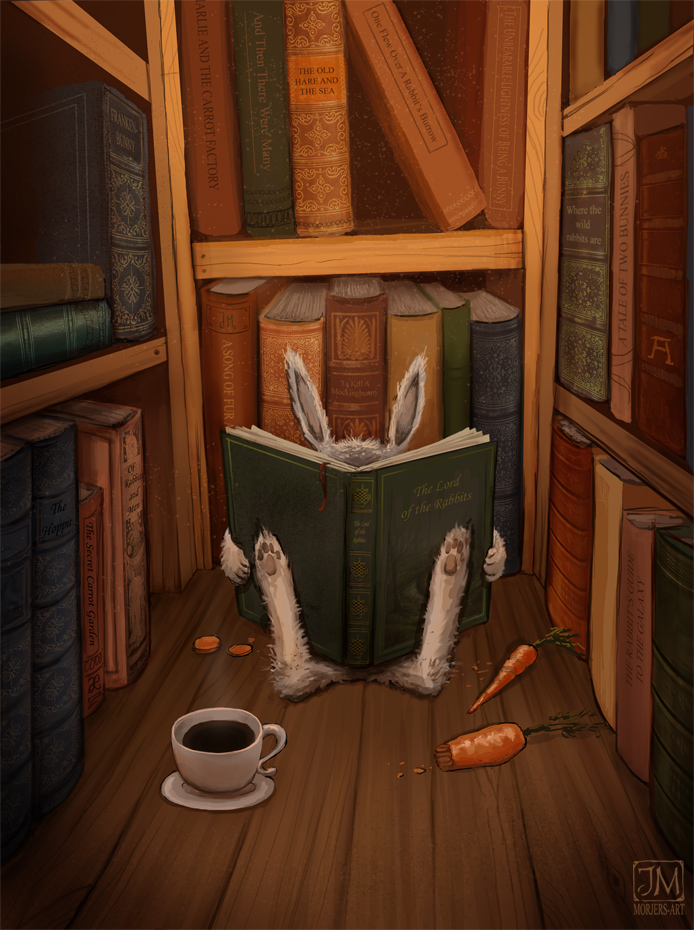 I recently finished writing The TALE of TWO BRADFORDs, a children’s novel. I’ve posted Chapter One… I would love to hear your thoughts. Does it appeal to you? thanks!

Chapter One
The rabbits could tell something was terribly wrong, but what, they didn’t know. Slow and steady, ever so slightly, the earth had moved. Dirt crumbs trickled off here and there from the sides and ceiling of the tunnels. Leland, the leader of the warren, sent scouts out into the crisp morning to find the cause. They hopped eastward, toward the distant booms.
More shaking, more crumbling.
The warren awaited news. As the afternoon went on, the burrow became more and more unstable. By late afternoon the vibrations had stopped, but no scout returned.
Finally, the day came and went. The tunnels crumbling. Still, no scouts.
That evening, after the young rabbits had been fed and slept soundly, the adults gathered to discuss the disbanding of the warren.
If only the scouts had come back. If only we could know what we face…what we fear…such were Leland’s thoughts as he stepped up to speak.
“For over a hundred seasons, we’ve lived in these burrows,” he began. “The boulders surrounding the Warren of Bradford have served our colony well. They have offered protection from weather and predators alike. There is no other warren as secure as Bradford.”
“Hear, Hear!” the rabbits cheered, but Leland stopped the chant before it gathered momentum.
“Listen up, fellow rabbits, you know in your heart that with the events of today, our world has changed and the end of this warren has come.” Quiet weeping from the does in the back tempered the harsh words that echoed off the rocks within the sanctuary.
Leland continued, “Tomorrow, gather your belongings. Get out early. Eat well, you and all with you, for it may be some time before you can stop to graze.  Go to a warren of your relatives, if you can. If not, we head northward tomorrow toward the Warren of Avery.  Meet up in the morning, by the creek under the oak tree shadow. Now rest, for the journey is long. Life in Bradford is no more.” Leland stepped down and moved rapidly out into the cool night air, away from the glassed-over eyes that would haunt him.

When morning light came, most of the rabbits were up and out. The few left in the burrow needed assistance to get through the tunnels. They were old, pregnant, or mothers with very young kits–including a young doe named Iris who had gone into labor during the night. Iris had birthed two kits, a brindle boy and a chestnut-splotched girl. Because of the commotion of the move, the ceremonial naming of the kits had to be postponed. Leland, Nita with her nurse trainees, Violet—pregnant but still mobile—and Derrick stayed back to make sure the burrow was cleared. First out were the older rabbits. They huddled together in the hollowed-out space beneath the two-trunked tree. The tree sat near the north end entrance that opened into the woodlands. Violet remained there with the elder rabbits awaiting the others.
The movement of the ground became violent. Deep rumblings accompanied each jolt of the earth.  The evacuation became increasingly difficult, especially for the does with kits and pregnant rabbits. Yesterday’s distant booms now surrounded them—the sounds of machines mingled with the groans of the old forest trees as they fell. The last of the herd moved through the tunnel maze. Suddenly, the rocks protecting the burrow shook loose and the tunnels started to collapse.
Leland held tightly to the chestnut-splotched kit dangling from his mouth. Its young mother, Iris, clutched her other baby tightly and followed close behind. The rocks began pounding down upon them, stoning the rabbits trying to escape. Iris took a terrible blow to her head, knocking her to the floor. As the rocks fell, a sliver of light shone above where Leland stood. He flung the kit through the opening, then turned to grab the second kit from Iris. The baby rabbit lay lifeless with a dying Iris holding him in her mouth. “Please…the girl, name her Bradford,” she said, and then life left her. Quickly, Leland leapt through the opening and out into the sunshine.

2 thoughts on “The Tale of Two Bradfords”